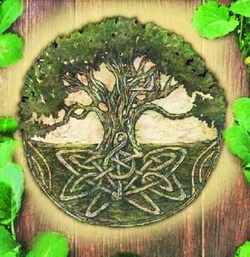 The Celts were polytheistic, each tribe has its own particular local deities and cults as well as those that were worshiped more widely. Among the hundreds of Gods and Goddesses that are known by name, interestingly, there are many female divinities such as Epona, Cernunnus, Sullus, Belenus, Camulos, Deae Matres (mother goddesse, Lug, Sucellos, Taranis, Silvanus, Rosmereta
The worship of natural phenomena such as water, sky, mountains, trees, and earth was common in Celtic life. Because of their medicinal and healing attributes, water deities were commonly worshiped in Celtic groups.
A abundance of votive offerings have been found in wells, rivers, springs, where the Celts threw them offerings to the gods. E.g. Aquae Sulis in England
Animals were also of great significance due to their speed, strength, ferocity and cunning. Favored animals include

'...A great amount of gold has been deposited as a dedication to the god, and not a native of the country ever touches it because of its religious scruple, although the Celts are and exceedingly covetous people.'
- Diodorus Siculus, 5.27.4

Objects were not the only given items to the gods, but also human sacrifices in honor of their gods.
'They used to strike a human being, whom they had devoted to death, in the back with a sword and then divine his death-struggle. But they would not sacrifice without the Druids...' - Strabo Geography, 4.4.5